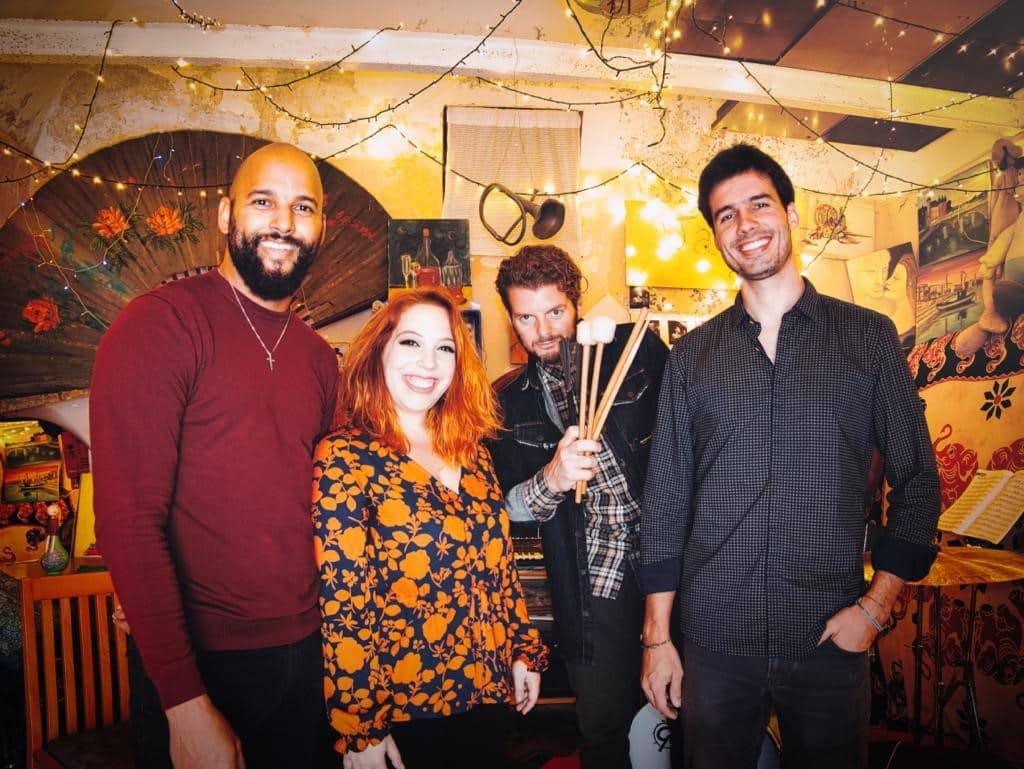 Agora Tá is a multicultural musical band that celebrates the living tradition of Brazil, a metaphor for all the "terras" in the world where beauty and suffering are mixed, and they do this with an energy and love felt in every single note. The project was born first as a collaboration between the brazilian guitarist Felipe Muniz and the singer Licia Lapenna. As a duo they begin to work on songs and sounds that characterize Brazilian popular music and later Domenico Benvenuto on drums and Andrè Ferreira on double bass joined them. Together they play the repertoire that ranges from Jobim to João Bosco, Tania Maria, Djavan, Gilberto Gil, working on a union between the rhythmic sensitivity, the atmospheres and melodies of Brazilian auteur music and the typical improvisation and dynamic language of jazz.